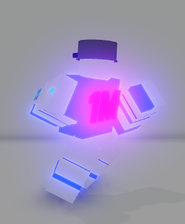 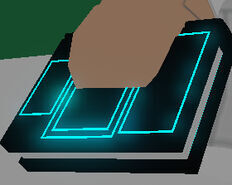 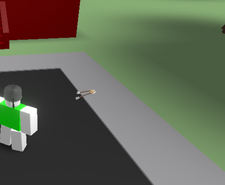 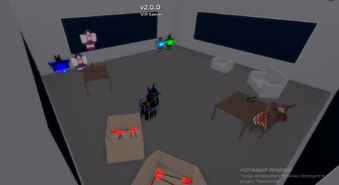 dev room?
Add a photo to this gallery

If you get banned from game discord use this!:

Usually, someone will come up to you with a knock knock joke when their name starts with "who". Example : "Knock knock" "Who's there?" "!trade" "!trade who" "!accept."

Somebody will come up to you and ask you to borrow your stand for a showcase or a test, usually, these people will leave the game and instantly blocking you basically cutting off all contact.

People usually want to trade 2 stands for one, but it has a risk.

The scammer usually trades half of the deal for your rarer stand, then leaves and cuts off all contact making it impossible for you to get your stands back unless you contact an admin on Discord.

Somebody will make a suspicious trade (maybe they will not) and say you to trade them. Always ask them to trade as they may have another stand or change it just when you will send the trade.

Someone made a script which gives the user admin ,the admin script let's you do things like actual admins do, but he will say that he/she will give you admin if you give them a good stand ( usually B tier or something even more high ) , that admin remains till you leave the server, to be more exact for example : I gave the exploiter/scammer a B tier stand or something even more better, he gives me admin ( which is fake but works till I leave the server ) , after I leave the server and join later, I will no longer have admin nor MY stand that I gave the exploiter. Be careful, this scam method was found on 10/26/2020 . ( other info about the fake admin rank, it has freeze,god,kill all, kill, god, insta-kill , infinite damage, infinite health. The scammer who gave you the fake admin rank can also remove it ANYTIME they want )

Retrieved from "https://a-bizarre-day-modded.fandom.com/wiki/A_Bizarre_Day_Modded_Wiki?oldid=23713"
Community content is available under CC-BY-SA unless otherwise noted.